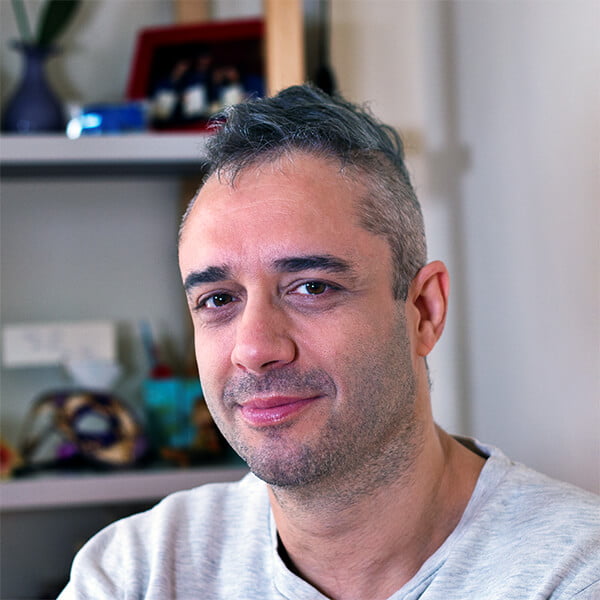 As a teenager he discovered the limitless world of creativity in the form of personal computers and he started creating his own game development and music production tools using Assembly and Pascal on DOS running on an 8086 processor and a CGA graphics card. At the same time he joined various thrash metal bands as a guitarist and vocalist and started to take interest in music production.

Adulthood came with formal training in audio engineering and a career in music production, game audio, and teaching all those under the discipline of sound design.

Since then, Panos pursues a career divided between research and development of interactive audio content and technologies, applied audio engineering and sound design for the music and game industries, instructional design and teaching.

What people say about Panos

Panagiotis is one of those people who love everything about sound and music, and especially when combined with new technologies. And all this, together with his passion for games, means that he can only create and bring great sound and ideas to any game project. Panagiotis is a joy to work with. He is an extremely positive character, intelligent, very enthusiastic, and brings a lot of energy to the team, something much needed when most of us feel tired and need to work that little bit extra to meet deadlines.
Adamantios OikonomopoulosArtist / Game Designer / Storyteller / Lecturer, Freelancer
Working together and exchanging opinions with Panagiotis, is always a unique experience, because for everything related to his job (and not only) he always has a solution and an alternative view. A colleague with incredible skills of communication and a great team leader, which I believe is very talented and I always ask his opinion for a lot of things.
Leonidas PanagakosBusiness Development Manager, Solar Cells Hellas
Panagiotis is committed to innovation and excellence in his field of expertise. Being highly motivated, he provided valuable feedback and working with him has always been a very rewarding experience. If you want an inspiration boost, just talk to him! You'll get a glimpse of ideas ranging from novel to crazy! He always gets the job done and he is a very pleasant person to work with.
Dionisios KakolirisFounder and General Manager, Autofire.io
Panagiotis is a great guy, it's a pleasure to know him. He can be a great teacher and a dear friend at the same time.
Dimitris MetaxakisLive Sound Engineer, Bring Your Own Earplugs Entertainment
Panagiotis did an excellent job on creating the game audio framework and tools, the sound effects and voices and the music soundtrack for the Darkfall Online series of MMORPGs. He exceeded our expectations.
Michael BelivanakisSoftware Engineer and Generalist, Freelancer
Panagiotis is a top-notch sound designer, with whom I've worked frequently and I'm looking forward to the next time.
Duncan SkinnerActor and Voiceover Artist, Freelancer
Awesome in all respects. A very good person with a lot of knowledge in many fields.
Konstantinos MitzithropoulosFounder and Audio Engineer, SRS Studios
Panagiotis is a hardworking, bright and knowledgeable individual that can accomplish the task is working on by the end of the day no matter what.
Alexandros CouloumbisNetwork Architect, OZOnet
Panagiotis is an intelligent and agile person who loves what he does, full of innovative ideas and a constant need for evolution. He is a professional in his work and whatever he does; he takes it to a new level. He has tremendous transmissibility, great knowledge and a great sense of humor.
Spiros TselepisQA Specialist, Accusonus
Panagiotis is a great team player and always delivers on time. It's a real pleasure working with him.
Chris MamounisSoftware Engineer, Intralot
Panagiotis is the biggest geek and very passionate with his work. An authority on the subjects he teaches, incredibly motivative and communicative. I also admire how he inspires classrooms with very diverse audiences and always has something to show relevant to the background of any student.
Leonidas KontisSound Designer and Audio Engineer, Duality Sound Lab
It's always pleasure to work with Panagiotis, keen on collaborating and with precision in his deliverables. A beautiful example of knowledge and academia.
Stavros FoskolosMusic Production Lecturer and Instructional Designer, SAE Institute of Technology
I can easily compare Panagiotis as a sound designer and teacher with the legendary basketball athlete Nikos Galis. Panagiotis is a champion in his profession and a great team player. His method of teaching is the best I've seen in all my student years. He changed my way of thinking and made me to revise many things in my life.
Lefteris AndreouDJ / Sound Designer / Music Producer, Freelancer
I absolutely love working with Panagiotis. He makes my brain giggle.
Mariam KiouriFounder and General Manager, Urchin New Media
Panagiotis is an amazing professor, an incredible professional and thoroughly experienced in sound and all neighboring sectors. He has excellent transmissibility, and he always searches for more knowledge. He is always in the mood to transfer knowledge well and humorously.
Xenophon KatsarosMusic Producer, Freelancer
Panagiotis demonstrated exceptional communication skills, direct and effective troubleshooting and excellent working ethics, all in a friendly and yet very professional manner. Looking forward to working with him again.
Tasos ChronisFounder and Lead Game Producer, Roasted Chickpeas Gaming
Panagiotis is an extraordinary person, with tons of knowledge and experience in sound. Without hesitation, he literally can besiege you with it, as long as you ask for it. He is patient, contagious and tireless! But what really makes him stand out is his wide perception of a multitude of fields. His ability to document his facts through various fields of science is unique.
Orfeas ManolidisSound Designer, Freelancer
Panagiotis has endless knowledge, and he is constantly informed about any developments in the subject of sound. He will impart as much information as possible and at the end of the lecture, the student gets a great deal of knowledge. He is an extremely cool person which makes his lectures exceptionally enjoyable.
Dimitris TelkiridisSound Designer, Freelancer
Previous
Next 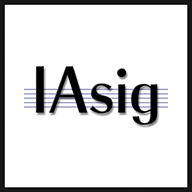 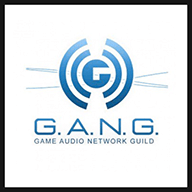 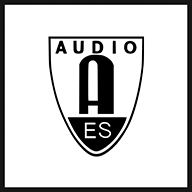 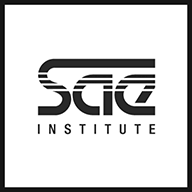 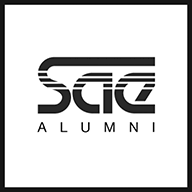 Hey! Are you tired of searching for your project’s audio needs? Want to return to what you enjoy doing?

Tell us about it and we will send you a list of the audio assets we think will be a perfect match.

We offer this completely free, to thank the community for choosing SoundFellas for their sound, for over 20 years! What are you waiting for? Write to us: Click to reveal email

Hey! Are you tired of searching for your project’s audio needs? Want to return to what you enjoy doing?

Tell us about it and we will send you a list of the audio assets we think will be a perfect match.

We offer this completely free, to thank the community for choosing SoundFellas for their sound, for over 20 years! What are you waiting for? Write to us: Click to reveal email