PureSource™​ is our proprietary ingestion workflow based on sound restoration, forensic audio, and reverse engineering techniques. The result is audio assets without any on-location reverb, equipment artifacts, and Doppler effect. They spatialize great around the audience and sound real with virtual acoustics and reverb processors.

PureSource™ is our ingestion process which we use with all the sounds that we record.

During PureSource™ and depending on the material, we use various signal processing techniques from sound restoration and forensic audio, with the addition of reverse engineering, to clear the recorded source’s sound in its purest form.

That means removing any acoustic reverb that was captured in the location of the recording, audio equipment artifacts, and even the Doppler effect if the source was passing by at the time of the recording.

Why we created PureSource™

Audio production is heavily based on virtual acoustics.

Traditional media like music, games, and film, as well as contemporary media like virtual reality, augmented reality, and mixed reality, all use virtual acoustics to create the sound of the scenes in the story or experience.

In music and film, the acoustics simulation happens in the studio, while in games and VR, it’s achieved in real-time by the game engine or an interactive audio middleware framework.

When sound is recorded, even in controlled environments like the studio, all of the acoustics tend to get captured together with the sound of the source, and recording equipment adds artifacts. A recording studio is not an anechoic chamber.

Sounds that were recorded and contain any of those artifacts, even in the smallest quantity, and are combined with the virtual acoustics of your game levels, film scene, or VR space, fail to produce the maximum consistency with what the listener’s brain expects to hear.

This breaks the suspension of disbelief and ends immersion, not to mention that your audience perceives the quality of your creation as lower than it should be.

Furthermore, when moving the sounds around in the virtual space, sounds that are not pure enough don’t spatialize so well, meaning that the listener cannot perceive their exact location. Sound localization is an essential element of the sound experience in any media, and you can imagine how much of the experience depends on it in games, films, and VR.

We wanted a production process that would enable us to produce timeless audio assets that spatialize well and sound realistic in any project and playback scenario. So we created PureSource™ to be able to deliver the purest source sounds in the market.

The principle behind PureSource™ is to produce sound assets that contain the source’s sound in its purest form so that it matches both the virtual acoustics of a project and the psychoacoustics of the listener.

Here are some cases in that PureSource™ produced audio assets shine:

Of course, those are some common-use scenarios. But apart from those, any project that needs believable sound that immerses the audience and spatializes as good as possible will benefit from the use of sounds produced using PureSource™.

Check the rest of our innovations 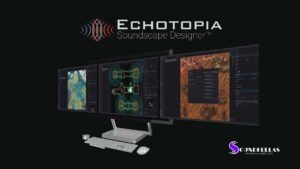 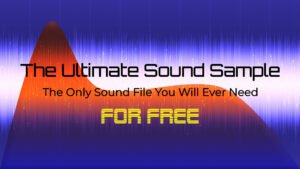 This website uses cookies to improve your experience while you navigate through the website. Out of these, the cookies that are categorized as necessary are stored on your browser as they are essential for the working of basic functionalities of the website. We also use third-party cookies that help us analyze and understand how you use this website. These cookies will be stored in your browser only with your consent. You also have the option to opt-out of these cookies. But opting out of some of these cookies may affect your browsing experience.
Necessary Always Enabled
Necessary cookies are absolutely essential for the website to function properly. This category only includes cookies that ensures basic functionalities and security features of the website. These cookies do not store any personal information.
Non-necessary
Any cookies that may not be particularly necessary for the website to function and is used specifically to collect user personal data via analytics, ads, other embedded contents are termed as non-necessary cookies. It is mandatory to procure user consent prior to running these cookies on your website.
Functional
Functional cookies help to perform certain functionalities like sharing the content of the website on social media platforms, collect feedbacks, and other third-party features.
Performance
Performance cookies are used to understand and analyze the key performance indexes of the website which helps in delivering a better user experience for the visitors.
Analytics
Analytical cookies are used to understand how visitors interact with the website. These cookies help provide information on metrics the number of visitors, bounce rate, traffic source, etc.
Advertisement
Advertisement cookies are used to provide visitors with relevant ads and marketing campaigns. These cookies track visitors across websites and collect information to provide customized ads.
Others
Other uncategorized cookies are those that are being analyzed and have not been classified into a category as yet.
SAVE & ACCEPT