Designing the first ever soundscape designer application: A short and abstract memoir

In this short and abstract memoir, SoundFellas founder and lead designer Panos Kouvelis tracks down some of the important milestones of his life, that led him on designing the Echotopia Soundscape Designer application. 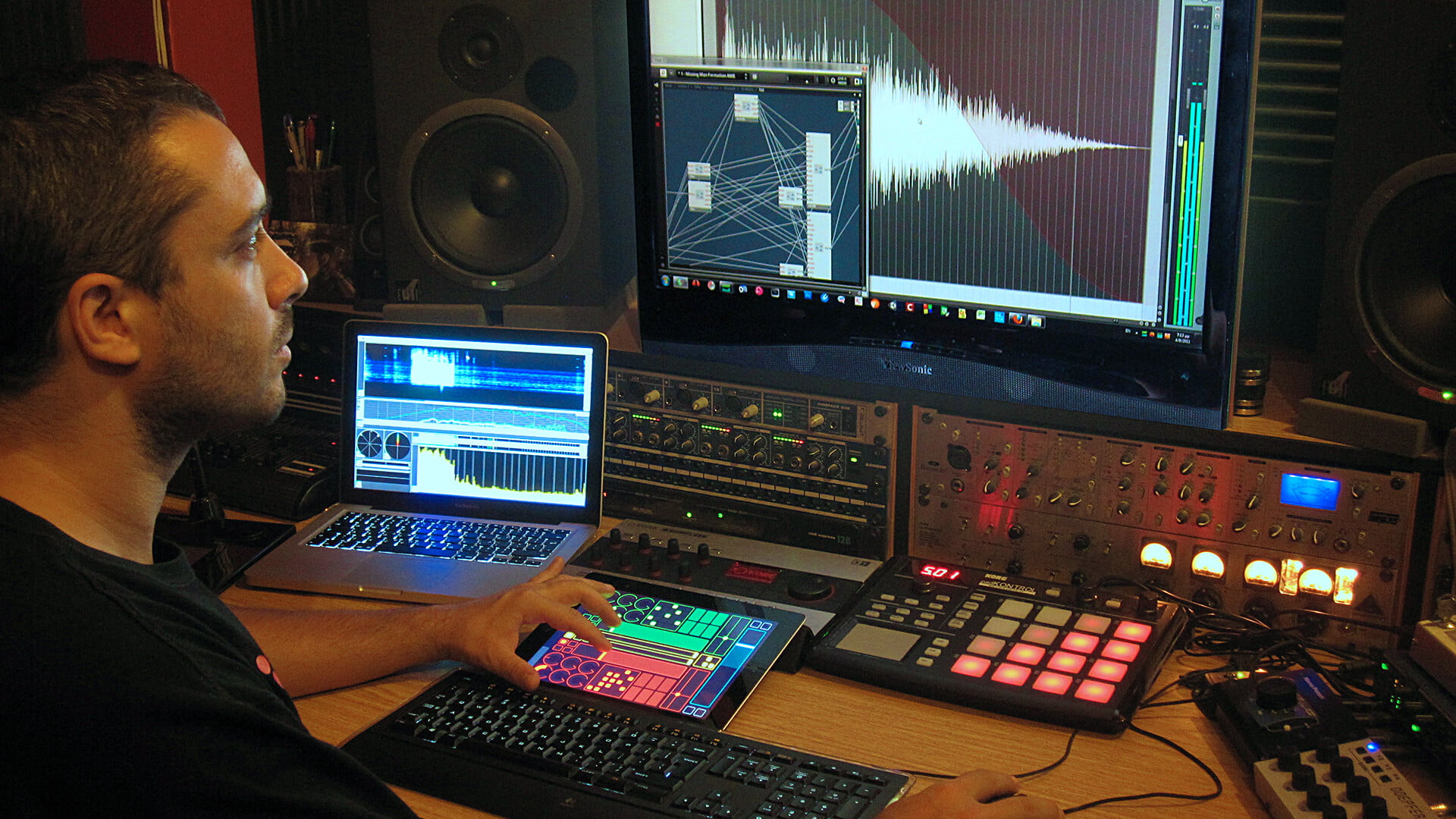 When a big milestone is coming to fruition (we are entering the pre-release phase for Echotopia), I find it important to sit back and think about the path that leads to this point.

You may already know about DMDJ, our soundscape generator used to enhance your storytelling with immersive soundscapes in your tabletop role-playing game sessions. And you also may know that we announced a new application called Echotopia, which is a soundscape designer application.

I’ll make it very short, I don’t want to bore you with a history lesson, in this article I want to give you the history of how I created DMDJ and Echotopia, so you get a good idea of what they can help you to achieve.

This is an abstract kind of story written in a memoir style, I want you to get the bigger picture.

Where and when it all started

For me, it was always about two things, sound, and computers.

I have loved the phenomenon of sound from the day I remember my existence. My family tells me that my love for sound goes even earlier, as when I started being capable of talking I always corrected other people on how a sound sounds. For example, my aunt Sofi would say to me, “Listen to the cuckoo clock, it says cuckoo, cuckoo”, and I always remember correcting her because the sounds from the clock were far more mechanical than the sound the actual bird makes. I would say to her, “no aunt Sofi, the clock does kiluku, kiluku, it’s not a real bird”. I never understood until later, why everybody was so proud of me stating the obvious. But later when they directed me towards learning music, they often refer to this example from my early childhood, to explain to me that I had a natural tendency towards music and that I should follow it.

Fast forward through learning guitar, playing the keyboards, and a lot of heavy metal music listening, the time came when I got a personal computer as a present from my mom and my aunt. You have to understand that back then a computer was a very rare possession in a domestic environment, I’m talking circa 1992 in Greece. It was based on an x8086 processor, and it came together with a DOS operating system, a user manual, and a programming book for Microsoft’s Basic programming language.

I was in heaven…

It didn’t take long before I started making video games of my own using whatever resources I could find. Nothing was easy or available back then. Together with some friends of mine who shared the same love for creating using a computer, we had to create our own game level editor, our own mouse drivers, our own everything. That made us also learn many things like machine code language (assembly, TASM to be exact), Pascal, anything that would serve our cause.

And that led me to be part of the (underground at that time) Demoscene movement, specialized in sound because of my music background and assembly coding skills.

Now it gets interesting

One of the restrictions that I had to overcome for a videogame I was making, was that at the time the default sound system of a personal computer was only a monophonic speaker embedded in the computer case.

After raw trial and error I found out that by writing my own simple music notes sequencer, based on text input, I could create an audio playback engine that took all the notes that should sound together in a small fragment of time, and then play them sequentially, each note lasting some milliseconds, enough for the listener to understand pitch but not enough to understand one distinctive sound. If you repeat that fast enough within the small time window, the listener perceives many notes together forming a chord, but the speaker is actually playing back only one note at a time. What a great hack, I could both serve monophonic hardware and still deliver complex musical arrangements.

That got me hooked on computer sound and game audio and also made me kind of known in the circles of the local computer geeks and Demoscene crews.

For me, it was always about the sound arts and the creativity that is made capable because of computing.

From there everything developed for my career as fast as it got developed for the industry sector. I was part of the unofficial first indie game dev movement, I created proprietary game audio engines and tools together with game houses, I received formal education in audio engineering, and of course started my own firm, the SoundFellas Immersive Audio Labs.

The DMDJ era of soundboards

After leading very big game audio projects like creating the system and level building tools for the environmental audio system of a huge MMORPG videogame, I started seeing that with the proper toolkit and guidance, everybody could create one of the most important audio signals we have in our lives, the environmental soundscape. For me, it was the same as amateur photography. You need a proper camera and some basic instructions to start as a hobbyist photographer. Many photographers are involved from enthusiasts to artists, and professionals.

After designing proprietary development tools for professional artists, my focus turned to design an application for hobbyists. That’s why I designed DMDJ back in 2010, a soundscape generator for mobile devices, which is still used and loved by many storytellers that use it in their board game sessions or role-playing game campaigns.

DMDJ started as an experiment and soon became one of the standard tools for any DM (Dungeon Master) who wanted to create an immersive experience for her/his audience/guests using sound. So for more than 10 years, we have discussed with DMDJ’s users what they need, their ideas, and feature requests, and that created a very good idea in our minds, on how the future of storytelling empowered with sound can be shaped.

For me as a designer that information was a treasure that I could rely on for my designs and invest time with my team.

After distilling the requests and ideas from our DMDJ users it was clear to me that storytellers wanted:

Echotopia and the next generation of creators

The above is not something new, we all know that the average dungeon master learns how to write stories, create puzzles, paint figurines, sketch characters, or even craft boards and dice. It’s one of the most creative hobbies related to gaming. The ability to create your own game after all is also a great adventure.

But for sound what always existed was soundboards and soundscape generators (like DMDJ) which allowed for a minimum to no customization. The user buys or rents (subscription model) a tool that already has content and by utilizing basic mixing, the user gets a randomized output based on the content already supplied by the tool.

Those tools work great when used as generators, but I always thought that we could do better, and now the technology allows that the time is now.

So for the last 3 years, I was working on my next invention. The design took me around 2 years and for the last year we got on the development phase and now we are entering the pre-release phase.

I’m talking of course about our own Echotopia Soundscape Designer, a next-generation soundscape authoring application running on personal computers.

My vision is for Echotopia to be the first of many other applications to follow from us or other vendors, specialized in the creation of one of the most important sound layers of our lives, the environmental soundscape.

Soundscapes can be used to enhance the story you tell by creating the aural representation of the environment your story takes place in. By projecting this around your audience you place them in the middle of the action, it’s the ultimate storytelling enhancement medium.

Me and my team here at SoundFellas already entered the pre-release phase for Echotopia and you can be one of the first users if you subscribe to the product’s page here.

I feel excited to see how my story continues, from the early childhood years of loving the phenomenon of sound to discovering how to hack monophonic speakers using assembly and custom made music sequencers, and from creating environmental sound tools for game level designers, to introducing the first-ever mobile soundscape generator called DMDJ. Now it’s time for the next stage, and it feels good! 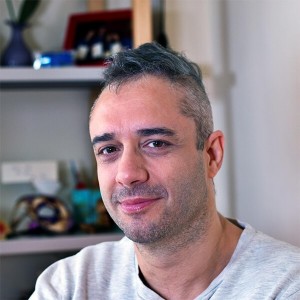 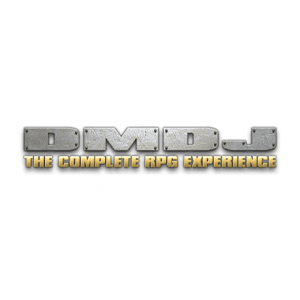 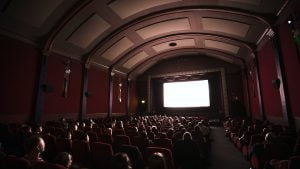 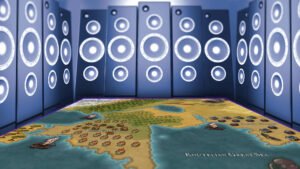 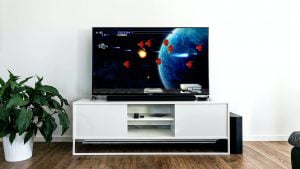